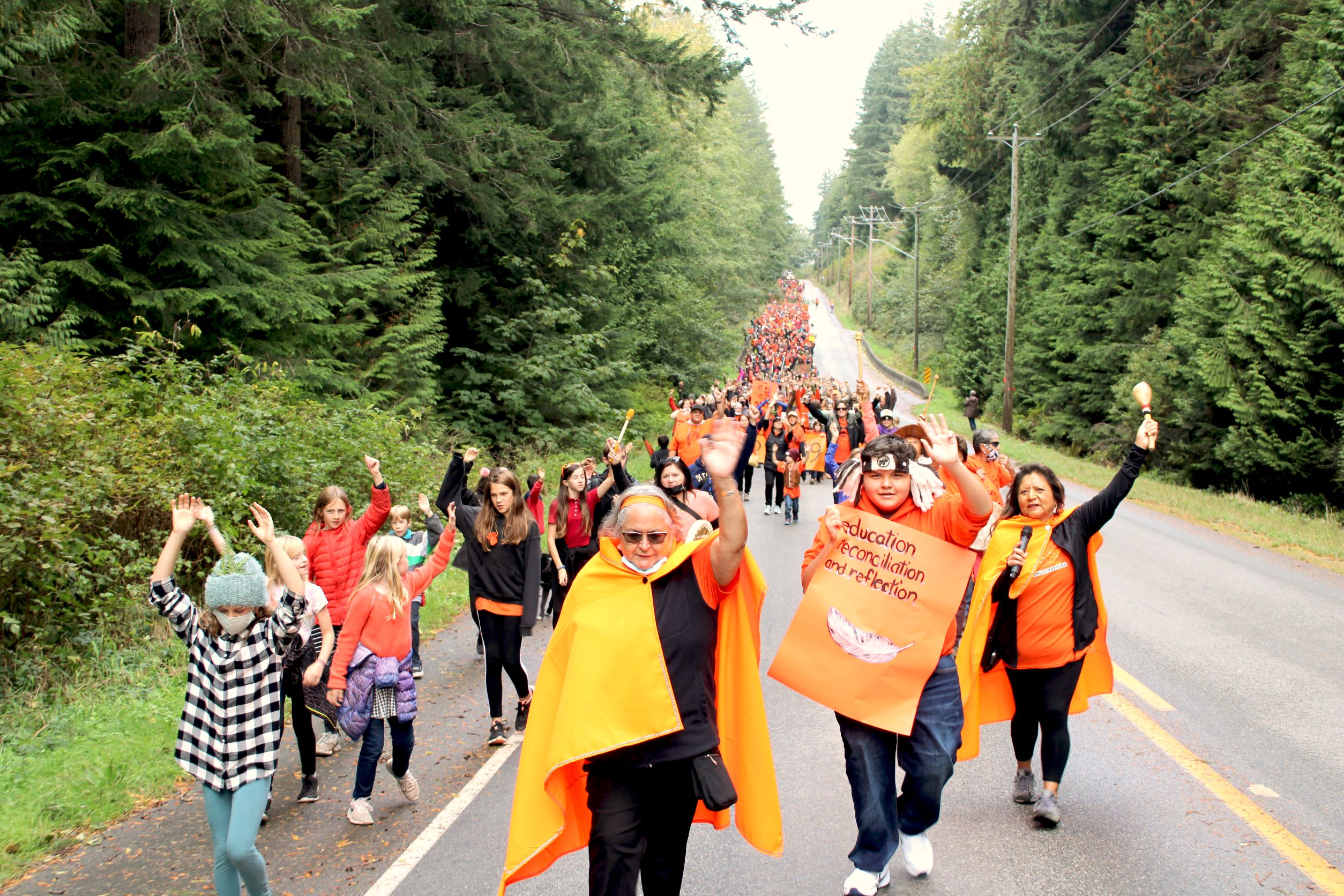 The Community Accord recognizes that mutual respect and appreciation for different cultures, traditions, beliefs and government institutions is foundational to reconciliation. The Accord outlines how the Tla’amin Nation and the City of Powell River will work together at a government-to-government level.

This is a link to the Tla’amin Treaty as well as other resources. The Treaty provides a comprehensive framework for self-government and establishes the constitutionally protected Indigenous rights of the Tla’amin People with respect to lands, resources and law-making and much more. It provides certainty with respect to ownership and management of lands and resources and the exercise of federal, provincial and Tla’amin Nation governmental powers and authorities.

United Nations Declaration on the Rights of Indigenous Peoples

The United Nations Declaration on the Rights of Indigenous Peoples (UNDRIP) is an international accord adopted by the United Nations on September 13, 2007, to enshrine and protect the collective rights of Indigenous peoples that may not be addressed in other human rights charters that emphasize individual rights, and it also safeguards the individual rights of Indigenous people. The Government of British Columbia adopted UNDRIP in 2017 and established UNDRIP legislation in 2019 to implement UNDRIP throughout all government programs, policies, legislation and regulation.

Truth and Reconciliation Calls to Action

The Truth and Reconciliation Commission (2007-2015) provided those directly or indirectly affected by the legacy of the Indian Residential Schools system with an opportunity to share their stories and experiences. It traveled across Canada for six years and heard from 650 Indian Residential School witnesses. It hosted seven national events across Canada to engage the Canadian public, educate people about the history and legacy of the residential schools system, and share and honour the experiences of former students and their families. The TRC produced a multi-volume report including “94 Calls to Action”. These are linked here. You can view other reports from the Truth and Reconciliation Commission here.

Representatives from Tla’amin Nation and the City met to discuss a shared vision for a renaming process engagement. It presents a shared understanding, vision, mission and project oversight for this work.

Hegus Hackett, the leader of the Tla’amin wrote this letter to City Council after the possibility of a name change for Powell River was discussed at the 3C meeting (a regular meeting of the City, the qathet Regional District and the Tla’amin Nation) in May, 2021.

This research report presents a biography of Dr. Israel Powell and a summary of historical and contemporary perspectives on his career. It is an educational resource related to the legacy of Dr. Powell, after whom the City of Powell River is named. It includes archival quotes from both Powell and Indigenous people.

We recognize some of the discussions as part of this work will include sharing information that may be retraumatizing to some. If you need support, please reach out to one of these organizations:

KUU-Us Crisis Line (BC Only), 24/7 crisis line for Indigenous adults, elders, and youth

Hope for Wellness Helpline: 24/7 mental health counselling and crisis intervention to all Indigenous peoples across Canada.

First Nations Virtual Doctor of the Day: provides virtual health care and referral support for people who do not have a doctor or are unable to get an appointment.

Missing and Murdered Indigenous Women and Girls Health Support Services: services available to survivors, family members and others who have been affected. 1-855-550-5454

FNHA Mental Health Benefit: Access to counselling from a qualified mental health provider, and other wellness benefits, available to First Nations people with Indian status who live in BC. ttps://www.fnha.ca/benefits/mental-health