On Thursday, May 2, The City of Powell River Council voted to use short-term borrowing from the Municipal Finance Authority (MFA) to purchase all properties currently owned by the Powell River Waterfront Development Corporation (PRWDC). Read more.

The Powell River Waterfront Development Corporation (PRWDC) was established in 2003 by the City of Powell River for the purposes of facilitating development of the City’s waterfront. In 2006, while developing a joint venture with Tla’amin Nation and Catalyst Paper, the City decided to use PRWDC as its shareholder in what eventually became Powell River-Sliammon-Catalyst Limited Partnership (PRSCLP).

PRSCLP had taken ownership of approximately 800 acres of properties that were considered surplus to Catalyst Paper’s operations in return for a $4.5 million secured mortgage. The goals for the Limited Partnership were to attract investment in the portfolio of lands for the purposes of diversifying the local economy and creating new jobs and revenues.

Originally, the Board of PRSCLP’s managing partner PRSC Land Developments Ltd, was composed of:

While under Creditor Protection in 2012, Catalyst Paper entered into an agreement with PRWDC and Tees’kwat Land Holdings Ltd (TLH) to sell its shares and retire the mortgage for the sum of $3.0 million dollars. The cost of the transaction was jointly paid by PRWDC, TLH and Tla’amin Nation.

The share transfer and mortgage retirement were completed in September 2014 and the PRSCLP was restructured to include the following shareholders:

In September 2017 the Directors representing Tla’amin on the PRSC Land Developments Ltd proposed that the shareholders discuss taking ownership of the remaining properties and dissolve the Limited Partnership and its managing partner. After an appraisal of the properties and several meetings (including a public government to government meeting in April 2018), the PRSCLP Board agreed to execute a shareholder draw and dissolve the partnership.

The dissolution of PRSC Limited Partnership and PRSC Land Developments Ltd were finalized in December 2018 with property ownership distributed as follows:

PRWDC Board Structure and Reporting

The PRWDC is structured to operate as an independent business, mandated through their Articles of incorporation, Memorandum of Understanding and Partnering Agreement with the City.

The PRWDC Board of Directors must have at least three members appointed by Council (Council Policy 256). Consent Resolutions confirming the Board Directors are approved by Council annually, as are the Corporation’s Year End Financial Statements. Beyond the Annual Consent Resolutions, the Corporation will report out to Council on its affairs when needed.

The Current Board of Directors for the Powell River Waterfront Development Corporation are:

• Memorandum of Understanding between City of Powell River and PRWDC

• City of Powell River and PRWDC Partnering Agreement May 28, 2013 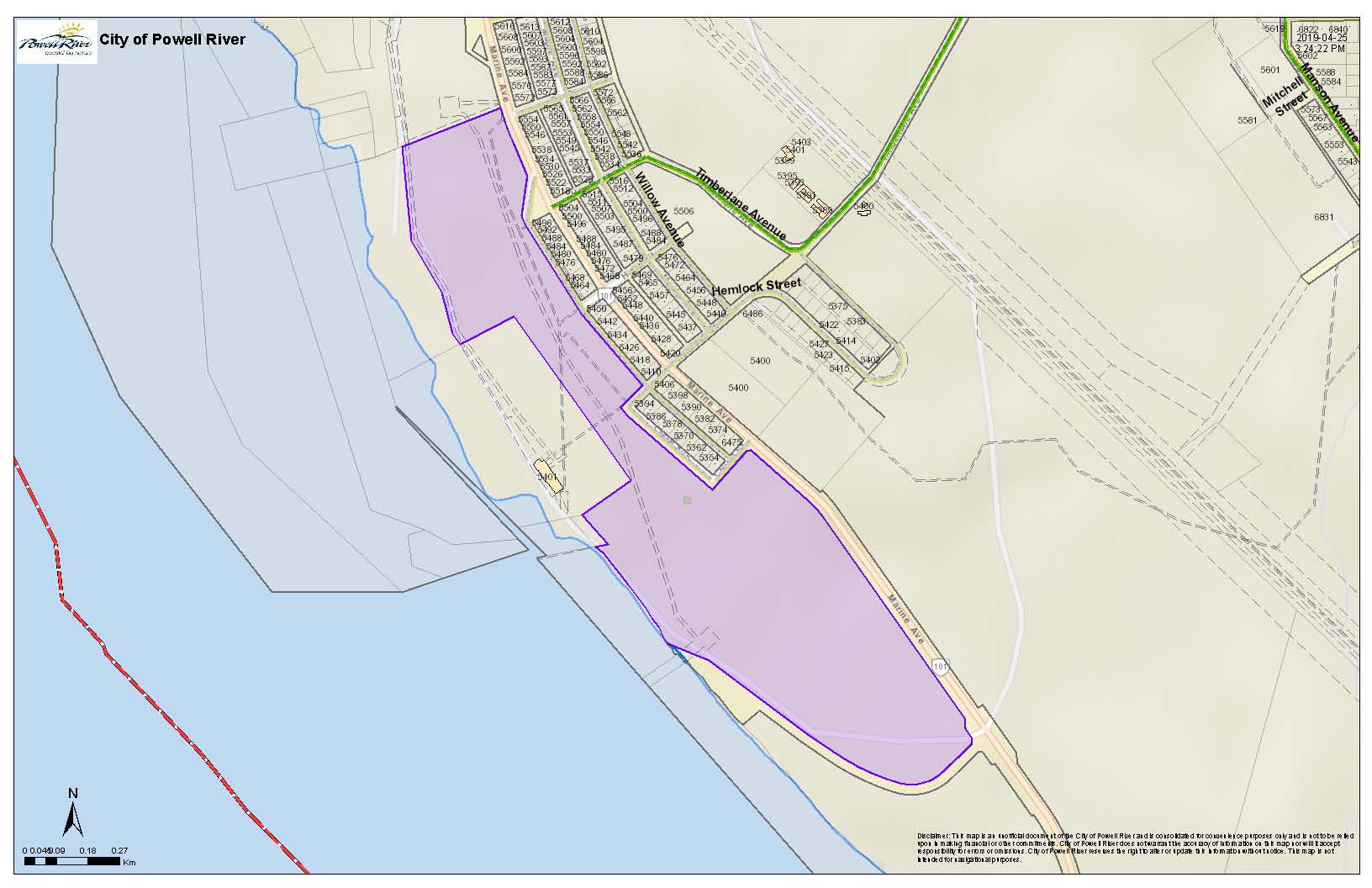